tagsWomen in Afghanistan: About Human Rights and Dreams - Kohero Magazin

Women in Afghanistan: About Human Rights and Dreams

After the overthrow of the government in Afghanistan, Taliban regime has had a devastating impact on the lives of Afghan women and girls. New rules and regulations are constantly being introduced, systematically oppressing them. #StandWithWomenInAfghanistan Afghan Women after 15th August 2021: Collapse of women rights and so their dreams #StandWithWomenInAfghanistan

Taliban rule has devastatingly worsened the situation of women in Kabul and most provinces. The women feel like prisoners. They do not dare to leave their homes, have difficult access to education, work as well as health facilities. Their freedom of movement, expression and association is restricted.

The women are deprived of their basic rights for livelihood and their identity is lost in the society. The women and girls had big dreams, especially those who were studying and getting education. Different laws have been introduced for the women and girls. Women are getting omitted slowly from the public, economic and politic sphere of the society. The government’s ministry of women affairs has been replaced by a ministry from propagation of virtue and prevention of vice. In the cabinet of Taliban there is no women representation.

The women government employees were banned to enter their offices at the beginning of Taliban occupation and now it has been announced that women employees will be separated from male employees of government offices. They must appear with full hijab in the work place. Girls over the age of twelve have been prohibited from attending school, there is segregation of women and men in universities. The female university students will be thought by a female professor and teacher, not a male.

Being a working woman in Kabul

Right to work is a big hurdle under the rule of IEA for the women. There are women who are the only breadwinner in the family, their husbands may have died, or are sick and in need of help. And these women have to work and feed the family. With such laws imposed the women fear of going out of home and working. Women have been demolished from many areas of labor force including media and entertainment fields. Female journalists who are facing harsh consequences either because of the lack of jobs or because of the threat from the IEA they are not able to continue with their journalism job. The human rights activists are hiding themselves.

So is the case with the women representation with the normal business such as the beauty salon workers their advertisement boards are taken off and they are not allowed to have women pictures any more for their werbungs even they fear to work or open the beauty salons. It was said that women and girls cannot go to work or travel without a male guardian. Taliban has forced to close the domestic abuse shelters and leave the survivors without any kind of assistance and protection. Survivors, shelter staff, lawyer, judges, government officials and others involved in protective services are now at risk of violence and death.

From the takeover of the Taliban the Afghan women are demonstrating for their human rights. But it did not had any positive response. Rather the protests have ended up in harassing women, taken them to prison, pointing firearms and spraying irritating chemicals on them. After a recent protest that took place in Kabul, six protesters have disappeared. The spokesperson of Taliban says that they have the right to detain anyone who violets the law.

I, Sahar, have talked with many of my female friends and they explained they are not safe in the country. On 19th of January, I had a call with a friend of mine whom I have know for the past eight years. I asked her if she still lives in Kabul and how she is feeling after the takeover of Taliban. She answered saying, „Yes, I am still living in Kabul as me and my family do not have any possibility to get out of the country. Each day the rules imposing over women are getting stricter.“

She is working with an international NGOs and said some days ago their driver was stopped in one of the check points in Kabul. The Taliban have asked why he is taking the women who are not his Mahram in the car. Then he explained that they are his colleagues. My friend is afraid that one day she will not survive the checkpoint. Because at every check point where people are stopped, no one is sure if she or he will be left alive or either beaten or prisoned by Taliban.

Today the rules and law which are imposed over women in Afghanistan remind one of the time back in the 1996. Women were eliminated from the society under the Taliban rule. They are and stripped of all human rights, their work, visibility, opportunity of education, voice, healthcare and mobility.

Whatever problems the previous government in Afghanistan had, at least people were free to go out, work or have basic human rights. We all must stand for the human rights all around the world! And especially the women rights in many of the dictatorship countries, like Afghanistan, under a terrorist regime. 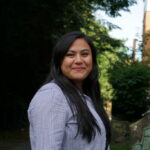 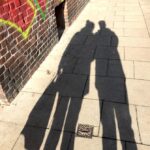 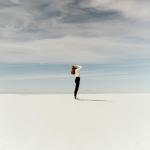 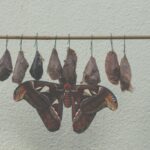 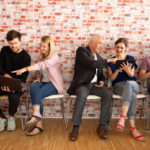