Marta Górczyńska is a Polish human rights lawyer and activist. She focusses her work on asylum and migration law. As a member of the Helsinki Foundation for Human Rights, she received the PRO ASYL Human Rights Award in early September 2022. 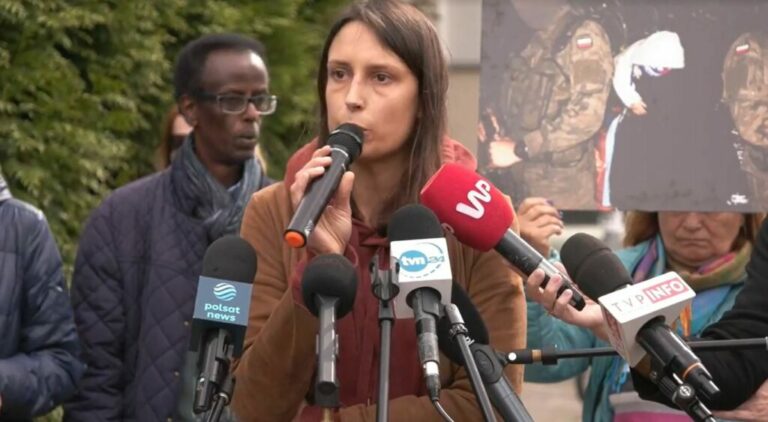 As part of the Grupa Granica (engl. Border Group) network , they fight tirelessly for refugees and migrants on the Belarusian border, mostly against the resistance of the Polish government and its authorities. According to Marta Górczyńska, those are primarily responsible for the enormous human suffering at the border.

„It is the politicians who sign laws for pushbacks. And it is the authorities, the officials, who implement these laws. Those who force migrants to cross a border river back into Belarus in sub-zero temperatures, accepting the possible death of these people, must be held accountable.“

The sound of her voice carries subtle anger and indignation, but above all a deep determination. The European Union is also partly to blame. „It has not done anything and has turned a blind eye to what is happening on the Polish border. This is perhaps not surprising as we know it from the EU’s other outer borders, but nevertheless it is still shocking.“

Marwa, a girl from Syria

Marta tells the story of Marwa, which touched her deeply. A Syrian girl who decided to flee across the Polish-Belarusian border to reunite with her parents in Germany because she couldn’t get an official visa. „She had tried in vain, but she was older than 18 and thus, according to the German embassy, already of an age, which ruled out family reunification.“ She also suffers from epilepsy – a disease that cannot be treated in war-torn Syria because there is no medication for it. Her everyday life there became increasingly difficult.

„Marwa was found in the forest by our activists in October 2021. In fact, she almost died. She was walking barefoot through the forest, her shoes were so wet that at some point she just took them off. Not stopping shaking, her feet were freezingly cold.“ On the verge of dehydration, exhaustion and hypothermia, she was taken to a hospital and struggled to survive for two months.

„Can you imagine? She almost had to have her feet amputated.“ It is thanks to Marta and other Grupa Granica activists that the German authorities eventually allowed her to live with her parents in Germany. Marta says: „So it was a happy ending, but with a long struggle, two months of hospital and uncertainty, a complicated procedure and a lot of pain and tears. And not everyone is that lucky.“

On the way in the border region

Marta lives in Warsaw. Since last autumn, she has rarely worked in her office. Every day looks different – but that is also the positive thing about her difficult work, Marta says. She travels a lot in the border region. She talks to activists, doctors, but also foresters and local people about the situation on the ground, even with border guards and police officers, if they want her to. And last but not least, she counsels and supports asylum seekers and migrants.

If they report violence by Polish or Belarusian security forces, she files a complaint with the authorities. “The plans of these people do not matter to us – whether they want to stay in Poland or move on is their own decision. What we do is to help them make an informed decision. We explain the legal situation, for example how they can apply for asylum in Poland. Or what might happen if they don’t. For example, that they could end up being detained. Then they have all the information, that is withheld from the authorities or security forces. We also try to ensure that the authorities respect these rights.“

Work in the field of asylum and migration law

For her, it felt very natural to stand up for the people who are maneuvered into such a precarious situation by politicians. Marta has been working in the field of asylum and migration law for ten years, helping people immigrating to Poland from the very beginning of her professional journey. The fascinating thing for her, she says, has always been meeting people from all over the world.

„The very first people I helped, back in 2011, were a musician from Iran and a young woman from Somalia. I just listened to their stories. That was very fascinating for me. Unfortunately, I also quickly realized that they had to deal with many difficulties. Not only with Polish bureaucracy and the different legal systems, but also with suffering that we can hardly imagine and that they carry with them from their former lives.“

However, Marta also reports that the last year was extremely exhausting for her. „I got so involved in this work and everything that goes with it and was on adrenaline for so long that at some point I realized: Either I stop now and take a break, or I burn out and cannot do anything in this field for the rest of my life. That was a lesson for me, but necessary to keep me going.“

She says she then travelled across the Balkans in her van for six weeks in the summer and tried to think about the border as little as possible. She seems rested and in good spirits. Besides, she says, it is the hope that one day we can really achieve something that keeps her motivated. „One case after another, one crisis after another, we can change it for the better and we can use our experiences to do so. Experiences that show us how we can and want to shape our world in terms of migration and borders.“

No news from the border?
The work of Grupa Granica at the Polish-Belarusian border (mit Marta Górczyńska)
25.01.2023, Café Knallhart, UHH Campus

Here you can find more information about the event. 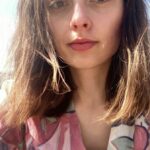 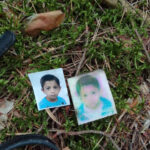 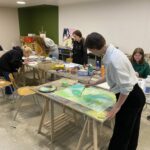 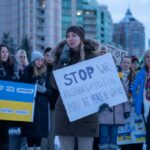 How war united us

I guess you read the news about Ukraine and the war in Europe. Do you have thoughts on that?… The fear of dying in here – thoughts of a Syrian

Our chief editor Hussam writes about the feeling of loneliness in exile, the search for belonging and the fear…