Anniversary of the Syrian Revolution

There is a saying that misfortunes never come singly. This is not only true for many Syrians since 2011. At the moment, however, in addition to the Corona pandemic and the disastrous response of the Syrian regime (Corona in Syria), there is a lot of bad news coming out of Europe. Here is a brief insight into the topics that are currently discussed on my social media pages.

Between March 15 and 18, many Syrians  celebrated or rather commemorated the 10th anniversary of the Syrian revolution. A revolution that turned into a civil war and a regional crisis with international consequences. Meanwhile, I see everyone fighting against everyone.

Resumption of diplomatic relations between Greece, Cyprus and the Assad government

Greek Foreign Minister Nikos Dendias has announced the appointment of a special envoy for Syria. This is the first time there will be an Athenian representative in Damascus since the severance of diplomatic relations in 2012. Many see this as a step towards the restoration of relations.

Just a few days later, the government in Cyprus also said it would resume diplomatic relations with Syria. Cypriot Foreign Minister Nikos Christodoulidis announced this move during an interview in which he actually wanted to talk about the results of a meeting with the governments of Greece, France, Egypt and the United Arab Emirates.

Denmark is the first EU country to revoke the protection status of 94 Syrian refugees to send them back to „safe“ parts of the country. Danish Minister for Foreigners and Integration Mattias Tesfaye told Britain’s Telegraph, „We have always made it clear to Syrian refugees that their residence permits are temporary.“ According to the Danish, the capital Damascus and the Rif Dimaschq region are safe areas for Syrians to return (involuntarily and voluntarily).

Prime Minister Mette Frederiksen (a Social Democrat) told the Danish parliament earlier this year: „This is our goal: to push asylum applications in Denmark to zero. But we can set up the vision that we also had before the elections, which is that we want a new asylum system, and then we will do everything we can to implement it.“

In Germany, the interior ministers of the federal states declared in December 2020 that the ban on deportations to Syria will not be extended. Syrian refugees who violated the law in Germany can be deported again starting this year. According to the Federal Ministry of the Interior, it is particularly about 90 people who are classified as Islamist threats.

Even though associations like PROASYL give an all-clear and say that most of the 800,000 Syrians in Germany are not affected, this news has kept a lot of us busy.

Rapprochement with the Assad regime

Some older news also reached some Syrians: The newly elected chairman of the CDU told the Tagesspiegel in an interview in 2014 that Syria under Assad was an authoritarian state, but at least he allowed religious diversity.

Thus, Christians, Shiites and Alawites have had breathing room. „If Assad had been overthrown – as some Western states at times intended – IS would be in Damascus today, close to the border with Israel,“ he said.

„Laschet wanted Germany to support the United States‘ change of course to fight IS terrorists in Syria. „We must not be deterred from this by the fact that it also benefits the regime in Damascus.“

So far, the decisions of the Danish and German governments are only theoretical. In order to implement those, they would need a diplomatic relationship with the Syrian Assad regime which means recognition of Assad and the Russian victory, the return of Assad to international legitimacy, and a few millions to finance reconstruction.

Reading this news together and combining it with the overall bad mood in Europe because of Corona, I also get worried if European countries might seek a relationship with Assad again.

We know from experience that crises – like the Corona pandemic – can be followed by populist politics. And who is more easily targeted than refugees?

Rejected and forgiven – Syria and the West

The history of the House of Assad also shows us how both the old and the young Assad were repeatedly given a new chance by Western countries. Both were expelled and then legitimized again within the system.

The first time it happened was in the Eighties, when Hafez al-Assad responded to the Muslim Brotherhood uprising in Syria in 1982 with a merciless attack on the city of Hama. Between 20,000 to 30,000 people were killed. My father remembers that at the time he has been driven to Hama with other workers from his (state-owned) company to see what would happen if you tried to stand up to the Assad regime.

Economic, financial and diplomatic sanctions against Syria followed. The German government stopped bilateral development aid and imposed an arms embargo along with other EU countries. These measures were also a reaction to Syria’s interference in Lebanon. In the US, Syria had been on the list of „State Sponsors of Terrorism“ already since 1979.

Syria participated in this alliance with 14,500 soldiers through which Assad was legitimized again in the international system. It was more or less accepted that Lebanon would be controlled by the Assad regime and the Syrian army would stay in Lebanon.

A similar story took place under the current ruler Bashar al-Assad after the assassination of Rafiq al-Hariri on Februar 14, 2005. Al-Hariri was a Lebanese prime minister and opponent of the Assad regime and the Syrian power in Lebanon. Even though the Syrian government claims it had no involvement in the assassination, many have blamed it anyway.

Syrian intelligence had a lot of power in Lebanon at the time…. Bashar al-Assad was ejected by several UN countries and the regime was sanctioned. Because of this pressure, the Syrian regime eventually had to withdraw its army from Lebanon. And Assad, like his father, was released from his isolation.

French President Nicolas Sarkozy invited Bashar al-Assad to the founding summit of the Mediterranean Union in Paris in July 2008, and with that invitation, Assad was restored. Damascus under Assad was needed as a partner in the Middle East, for example to put pressure on Hamas or to control the movement of terrorists into Iraq.

And 2021? Will the young Assad manage to regain legitimacy in the international system? Will he wait until a Western country needs him again?

I think that in the end, today is not the same than yesterday. Because there is hope. Today, for example, a German court held a criminal trial, the „Koblenz Trial,“ for alleged state torture in Syria. The Koblenz Higher Regional Court convicted the Syrian Eyad A. of aiding and abetting crimes against humanity in the form of torture. This verdict has shown to the German courts what is happening in Syrian prisons and what the Assad regime has done.

I also believe this trial would not have happened without the over one million Syrians who are now living in Europe. Many of them are active against Assad and the regime in Syria, building big networks across civil society and initiatives in Europe. Their voices are loud and with the help of social media, many young Syrians are in contact with each other.

Several are voicing their opinions, many speak up against Assad and no one can force these voices to be quiet again. We are many in exile, and even though we may not always be independent having our families still living in Syria, we know that we live all over the world, from the US to Germany, Switzerland, Turkey, Brazil, Lebanon or Jordan. Because of these people, the activists, European governments cannot just forget about the Syrians. 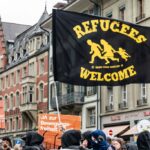 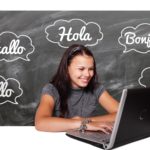 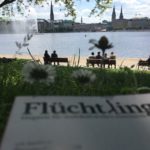 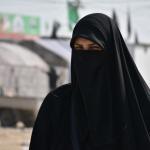