tagsThe fighter jet came, and then I died. - Kohero Magazin

The fighter jet came, and then I died.

It's been 8 years but every time I see an airplane in the sky, everything comes back to me. I am afraid of airplanes, regardless of whether they are combat or civil aircraft. I have been living in Germany for 6 years but have never dared to get on a plane and travel with it. 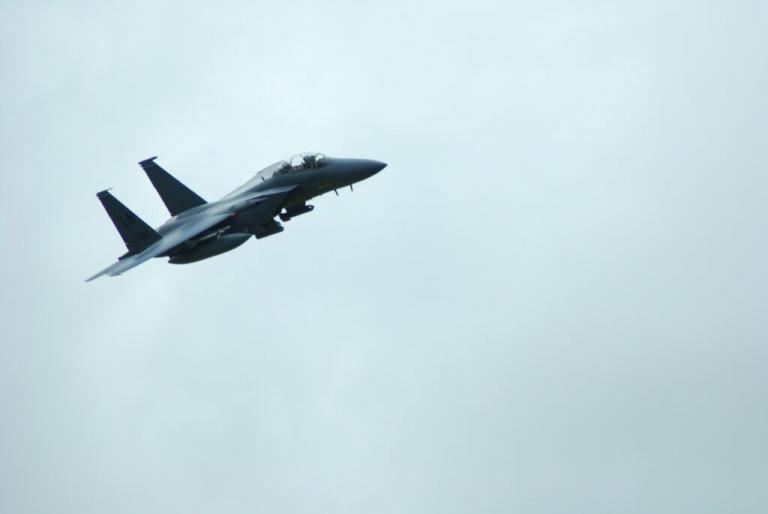 Time vanquishes everything. It vanquishes the stone, the huge mountains and even the people, but it can never defeat memories. That is our curse as humans, never to be able to forget our worst memories. We are forced to accept these memories and embrace them as part of us.

A few months ago, our city has been liberated from the brutal government. It did not last very long, as it was in other cities in Syria, for opposition forces to take over the city. We thought we were finally free, but for the Assad regime, freedom is a great sin and decided never to leave us alone.

I woke up and I was lucky because I was still alive. We were alive because we hadn’t died the day before. That was normal in this place and normal has a different definition there. I made coffee and turned on the television. As usual, the news was very normal. Air strikes, clashes and protests were the topics of the morning report. I heard a loud bang and the apartment shook. One could see the gray smoke from the window. I told myself „The most important thing, it wasn’t me“. Apparently, mom was with the neighbors for coffee. The coffee in the morning doesn’t taste good if you drink it alone. You definitely need company. So it is with a small city like Raqqa.

A future full of hope

I got dressed and went to the local coordinating committee office where I worked voluntarily. We had breakfast together and spoke a little bit about the news. Then we talked about our new plans. We wanted to start a new campaign and paint the walls in the city with graffiti. In this place on earth freedom is a sin. Every day the regime warplanes flew in the sky and carried out air strikes. It wasn’t systematic. The pilot closed his eyes and dropped the bombs. He didn’t care who they fell over. The most important thing for him is that he returns to his military airbase without ammunition.

We took the colors and walked on the street. My school was across from the office and that’s where we started. Our artist took on the task of drawing the graffiti and we wrote words about democracy, freedom, and our vision of the future Syria. For us the future of Syria was still full of hope, unlike our dark reality.

And then, I died

I was going home and then I heard it. The fighter jet came. I took my camera and tried to film it. The alarm sirens boomed loudly, and people started running in all directions as if the world was going to end. Then came the cruel sound of the fighter jet engine, as if the sky was roaring at me. It was like the divine punishment for a sinful person. It tore out my heart and I went pale when I saw the fighter jet charging in my direction. This time it chose me. Everything went gray and quiet for a moment and then I died.

I couldn’t see anything in this gray place. Time passed slowly and every minute was as long as the age of the earth. Then I saw him. I saw God and he spoke to me, but I did not understand him. I never understood God. I’ve always thought about death and didn’t know what the afterlife looks like. My Dad always told me that the afterlife would be a beautiful place where you can get everything you want and be who you want to be with. But this place was gray and cold.

Gray smoke on the street

I was hearing whistling in my ears. While I was standing, I tried to see where I was. I then saw the street and the gray smoke slowly went away. Then I saw a figure. It was a woman. She wore a headscarf and a red traditional dress. She walked in my direction and didn’t say a word. „Are you all right? Are you hurt?” I asked, but she remained silent and kept walking as if I wasn’t there or an invisible ghost from another world. I kept walking through the gray smoke and saw a man. He was lying on the ground and there was a red pool of blood around him.

I shouted „help“ and kept walking. The gray smoke was totally gone. Many were lying on the floor, a mother with her two children, boys, and the elderly. After a few seconds I could understand what had happened here and also felt the blood flowing down my head. It was an air strike and I don’t know how I survived.

This article was also published in German. Klick here 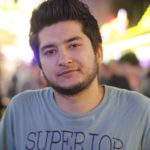 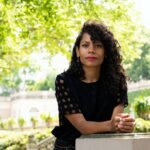 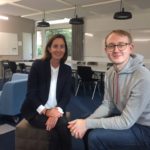 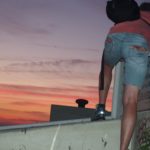